Sheldon Axler was valedictorian of his high school in Miami, Florida. He received his AB from Princeton University with highest honors, followed by a PhD in Mathematics from the University of California at Berkeley.

As a postdoctoral Moore Instructor at MIT, Axler received a university-wide teaching award. Axler was then an assistant professor, associate professor, and professor at Michigan State University, where he received the first J. Sutherland Frame Teaching Award and the Distinguished Faculty Award.

Axler received the Lester R. Ford Award for expository writing from the Mathematical Association of America in 1996. In addition to publishing numerous research papers, Axler is the author of five mathematics textbooks, ranging from freshman to graduate level. His book Linear Algebra Done Right has been adopted as a textbook at about 300 universities and colleges.

Axler has been honored by appointments as a Fellow of the American Mathematical Society and as a Senior Fellow of the California Council on Science and Technology. 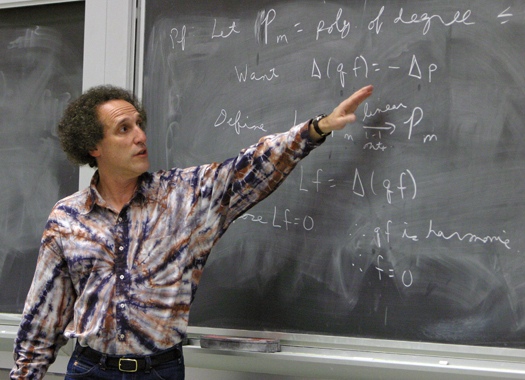 Questions or comments about Algebra & Trigonometry can be sent to the author at algebra@axler.net.